We work tirelessly to ensure that everything is completed to the highest standard.

Our commitment to uncompromising quality and customer satisfaction sets us apart. We’re delighted that this work is recognised by industry bodies with various awards. 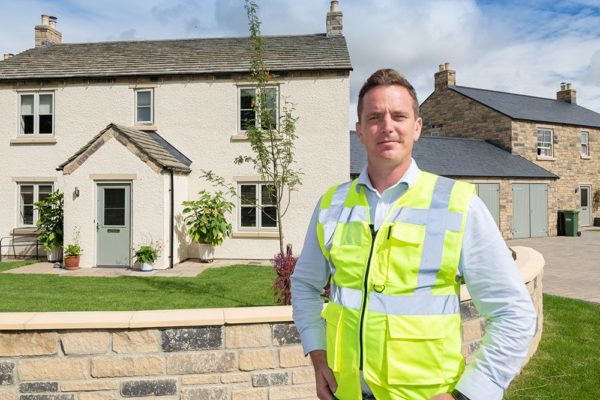 Congratulations to our Site Manager Ben Douthwaite who has won the LABC North & East Yorkshire Site Manager of the Year Award 2018 for his work at The Meadows, Spennithorne.

We are extremely proud of Ben and his award is worthy recognition for the dedication, attention to detail and exceptionally high standards he has shown at The Meadows. The awards are the largest business awards in the building control sector and the nominees are selected by the LABC Warranty Inspectors who visit the sites twice a week to check on the building process. On winning the award, Ben said:

“Just being nominated was a big achievement but to actually win was amazing! To receive recognition from LABC Warranty is a reflection of not just my efforts, but those of the whole company. I feel proud to be part of a company that builds such high-quality homes.”

Ben has managed the development of The Meadows which is a unique development of 13 individually designed three and four-bedroom properties in the village of Spennithorne, near Leyburn. The development has been carefully designed to ensure it caters for and enhances, the local community. Sympathetic building styles have been used to ensure it remains in keeping with the rural environment and a much-praised ‘discount for sale’ scheme was introduced in partnership with the local council to help local people remain the area.

Ben now goes forward to the LABC National finals which are to be held in November.

We are delighted that our Temple Gate development in the historic market town of Richmond has been nominated for  ‘Development of the Year’ at The Bricks Awards 2017!

The Bricks is an exclusive annual awards ceremony celebrating the finest in the house building industry. The awards recognise and reward the work of developers, builders, contractors and housing associations that go the extra mile with their developments.

Our Temple Gate development is a collection of 2, 3 and 4 bedroom homes which has been specifically tailored to suit its location and environment without compromising attention to detail, superior design and quality.

We feel incredibly honoured to have been nominated and are very much looking forward to the ceremony.

We have a selection of homes still available to purchase at Temple Gate. Click here to find out more.

We are delighted to announce that our site manager Michael Robinson has won the award for Best Site Manager at the 2017 LABC North and East Yorkshire Building Excellence Awards.

We are delighted to announce that our site manager Michael Robinson has won the award for Best Site Manager at the 2017 LABC North and East Yorkshire Building Excellence Awards. Michael was announced as the winner from a shortlist of three other site managers at a ceremony held in York.

Michael joined our team in 2016 having previously worked in the engineering industry. The award recognises his work at our Temple Gate development of 32 homes in Richmond, North Yorkshire. This development posed a number of construction challenges due to its location and uneven ground at the site. The development has been hugely popular with house buyers with only six properties remaining.

The 2017 LABC Building Excellence awards are the largest business to business awards in the building control sector. They reward excellent individuals, buildings, outstanding companies, and partnerships that go that extra mile. Nominees are put for the award by LABC Warranty Inspectors who visit the sites twice per week. The judging criteria for the awards looks at elements such as the ability to solve technical problems with creative solutions and the use of innovative products and skills to overcome difficult site conditions.

On Michael winning the award, Managing Director, Matthew Gath, said: “I am delighted that Michael has won the award. He manages our sites with meticulous attention to detail and guides and empowers his team to deliver exceptionally high quality throughout the building process.”

Michael now goes forward to the LABC Grand Finals in London later this year where he will compete against the other nine regional finalists. 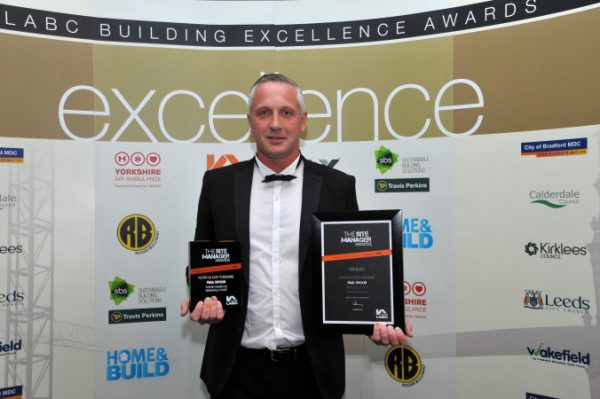 Paul has also previously being a Finalist in the 2013 National Awards and was the Winner of the North and East Yorkshire Region in 2014, followed by gaining a ‘highly commended’ certificate in the National Awards in London that same year.

Congratulations to Paul, Paul is a true ambassador for Yorvik Homes and the industry. He helps set Yorvik Homes apart from others in terms of their quality of workmanship.